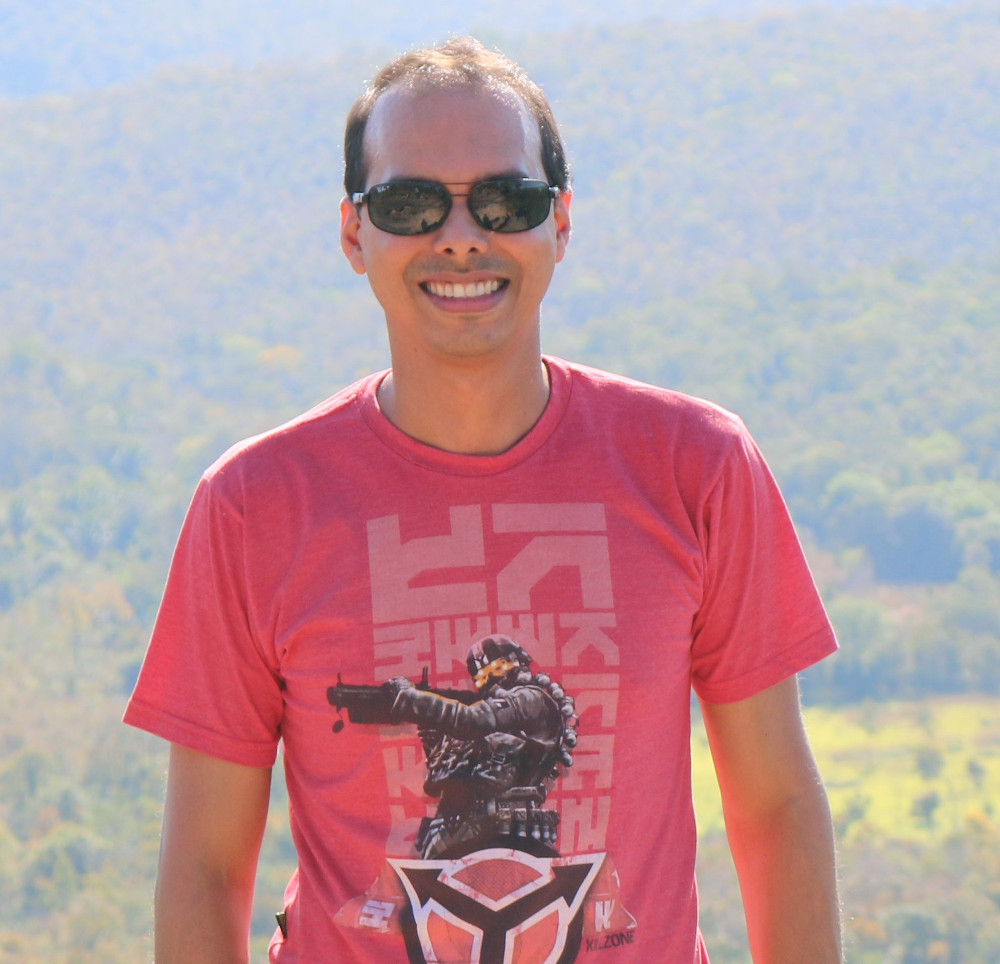 Working for one decade as IT Analyst in the Government sector developing solutions using different technologies. Constantly learning new languages, methodologies, and doing lots of experiments related to software development. I love to code in C++, but when the job requires, I develop in Java, PHP, Ruby, and many others.

Back in 2004, I was introduced to the open-source world and never was the same! "Contaminated" with a willingness to learn, I started to study the Qt framework and the amazing PostgreSQL database system. Two years later, dissatisfied with the available open-source database modeling softwares, I started the development of my own tool, originally called pgsqlDBM. In 2012 the project was renamed to pgModeler, and I finally could launch something usable. Now pgModeler is being widely used and praised for my pride and joy!


Get in touch with me!

PostgreSQL Database Modeler
A dream that became a reality 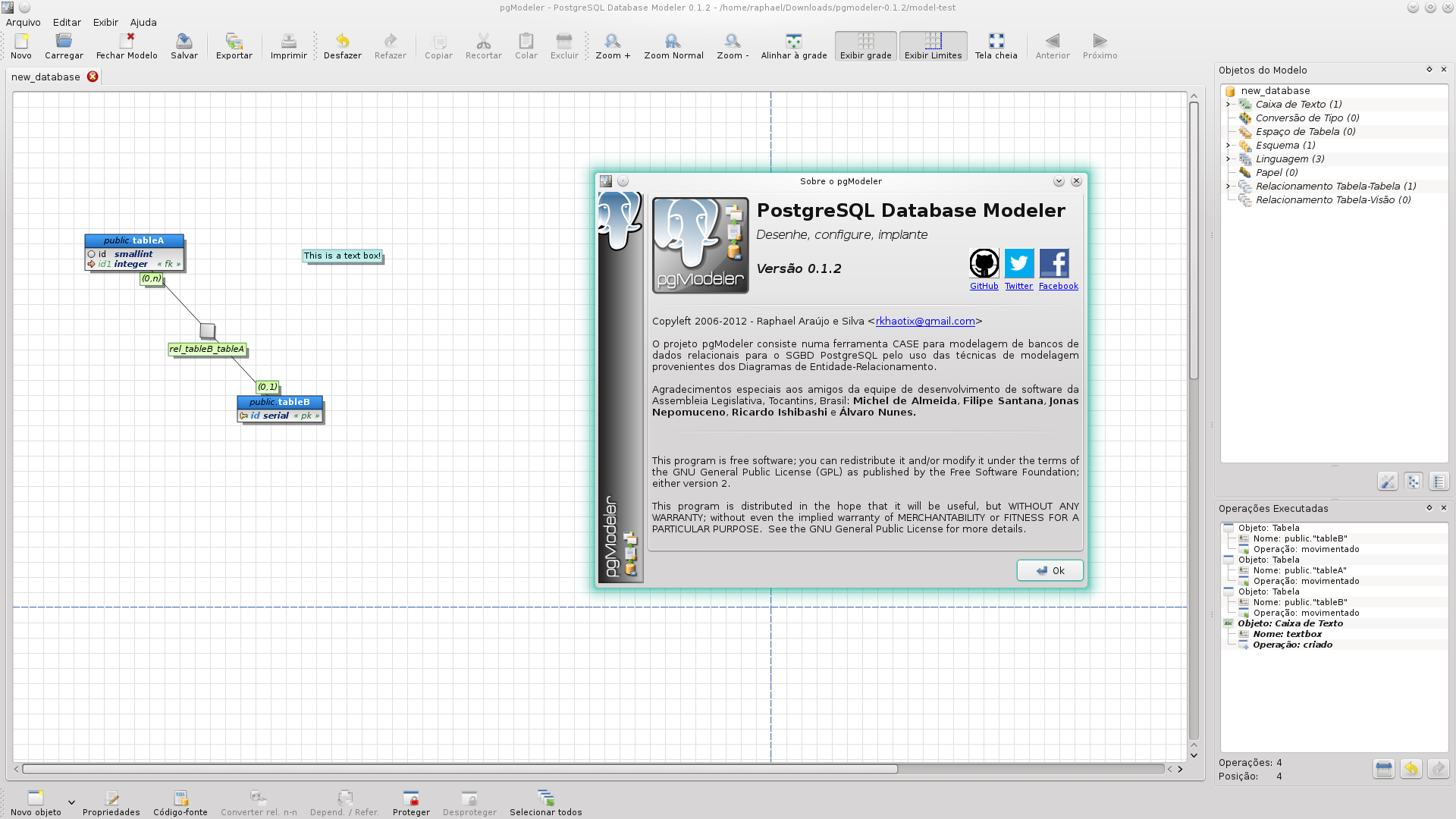 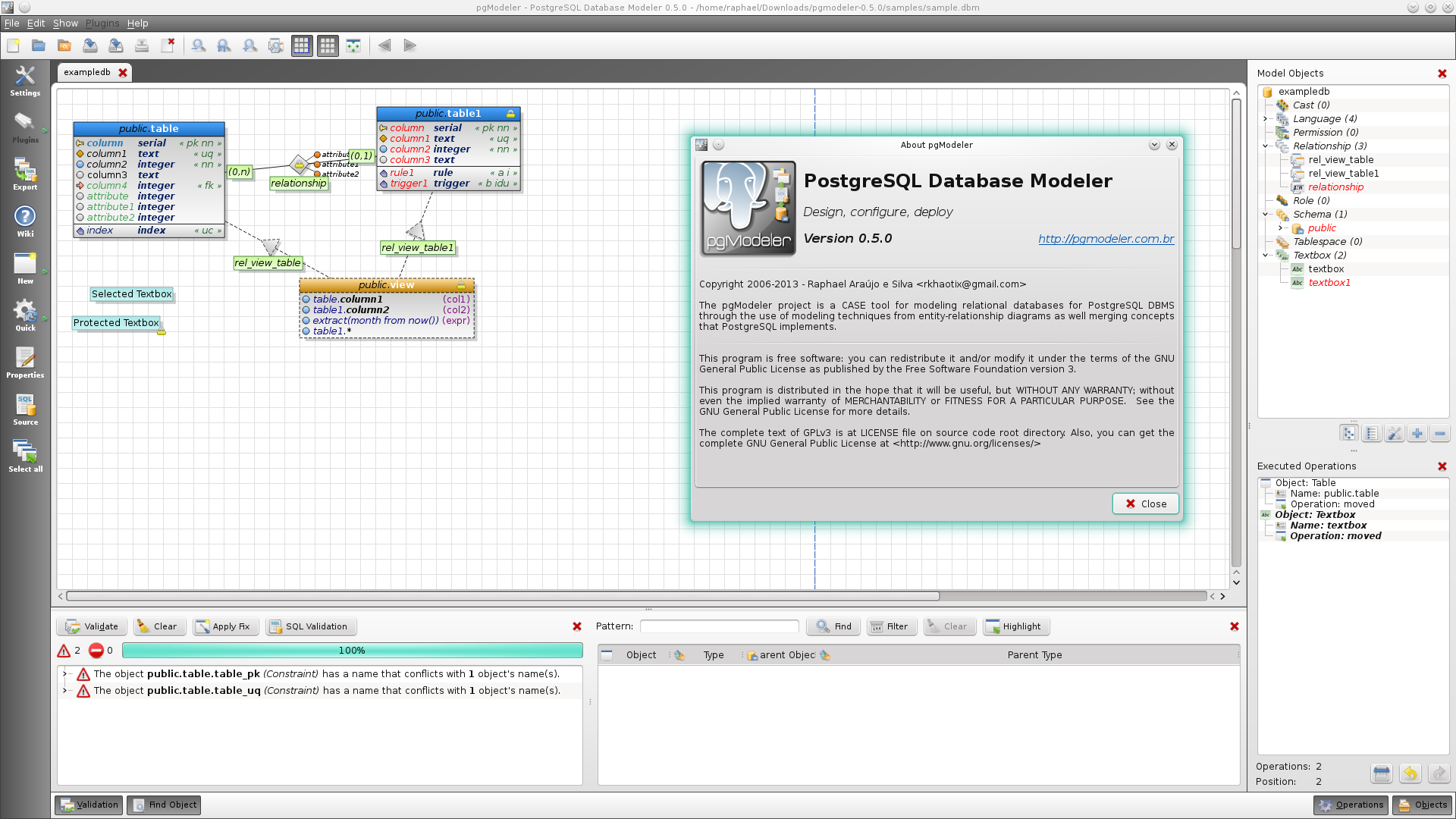 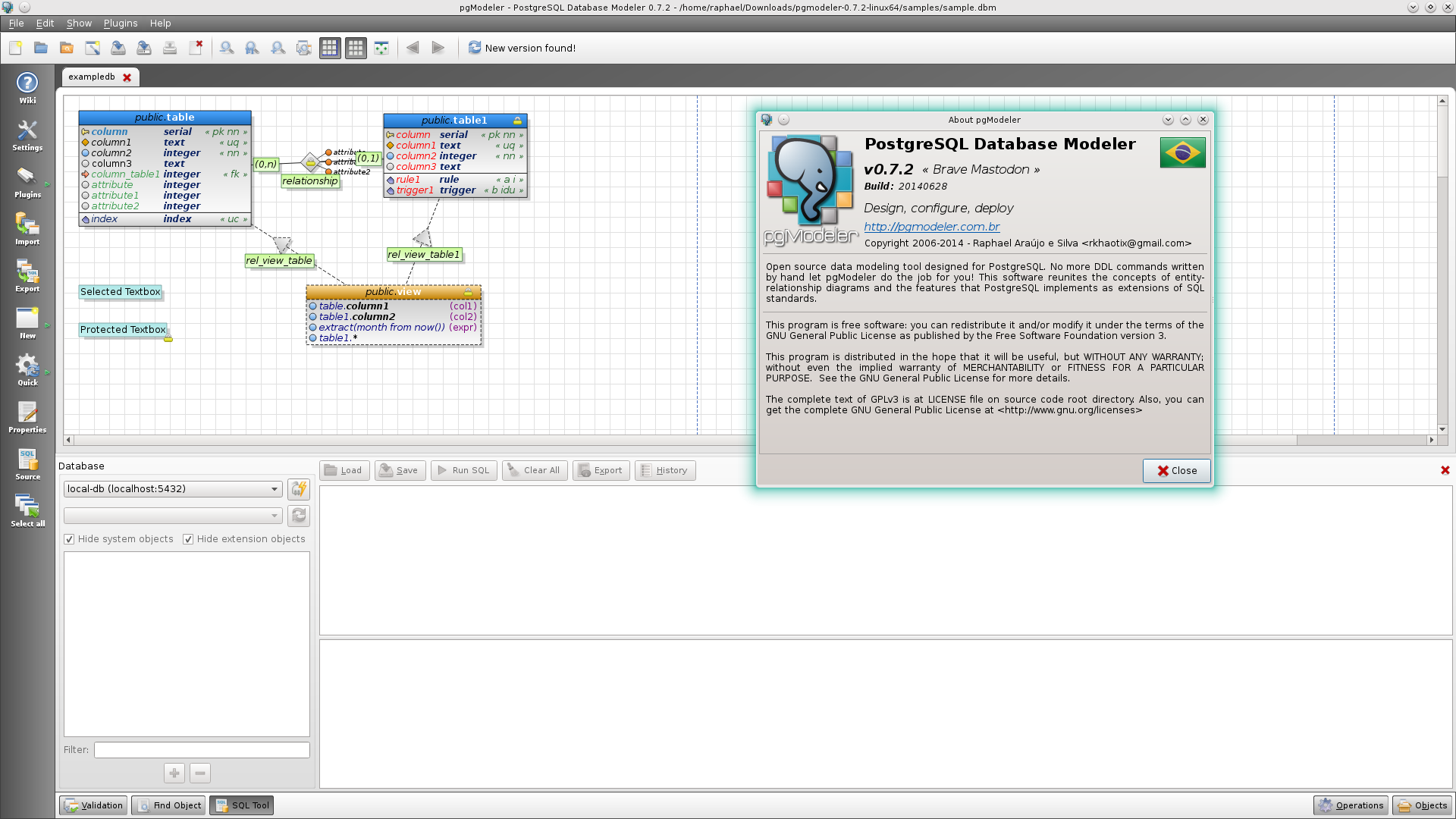 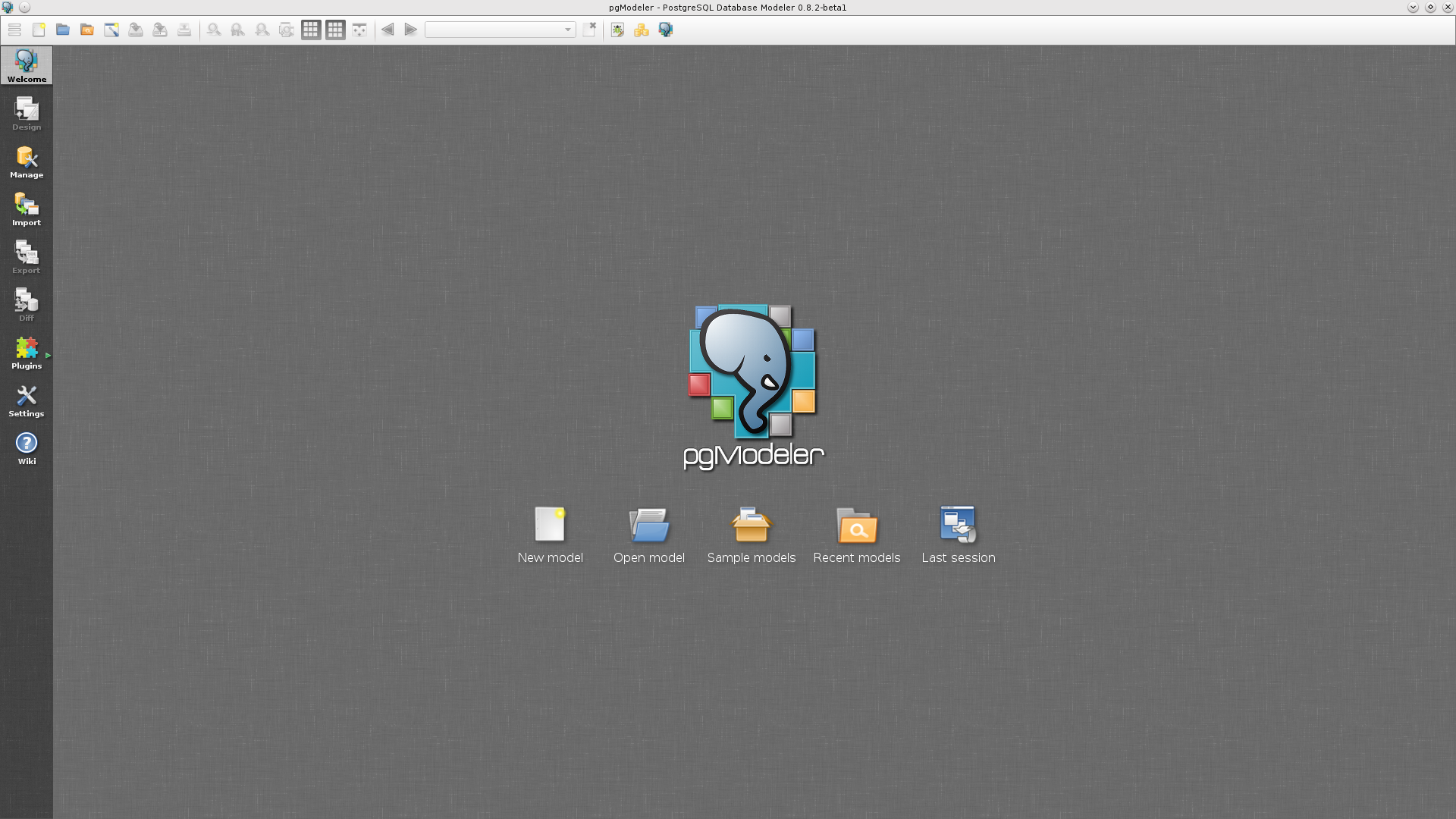 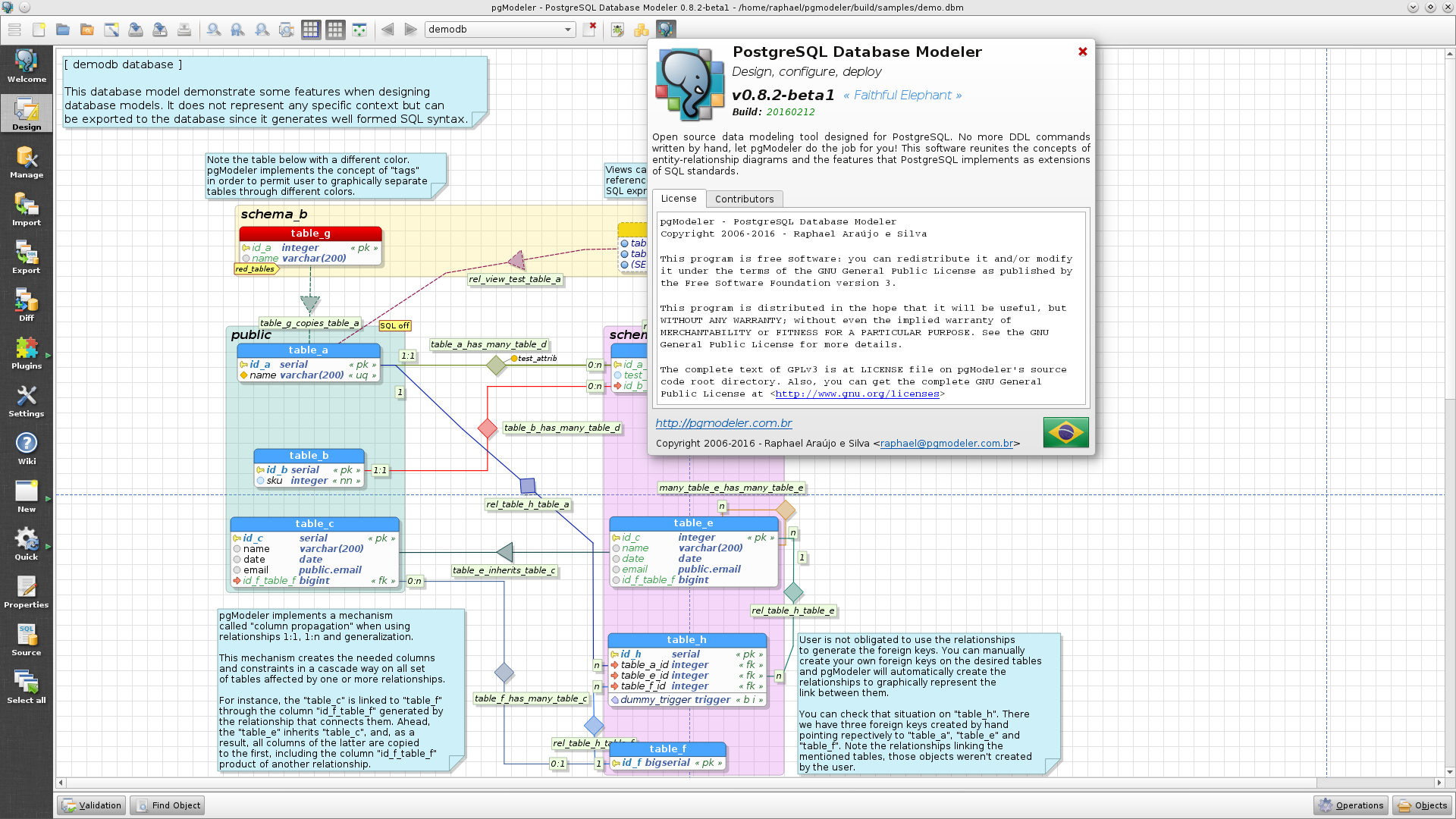 Since college times during the computer graphics, compilers, and database systems classes, I was dreaming of creating a project that could involve these amazing branches of the Computer Science. A few years later when I got my Computer Scientist degree, I started to work in the Government sector and in the first months I've already faced a problem in which the majority of developers lives in a daily basis: the lack of cheap or free development tools with a certain level of maturity or quality. In my case, I was in need of a useful database modeling tool for PostgreSQL RDBMS, but none of the softwares convinced me. So I took the bold decision to create my own tool.

Thus, in 2006, I decided to use my previous knowledge in C++ development and started to study the Qt framework by writing small applications. As soon as I felt prepared, I booted up my project which goal was to enable the user to create database models and generated the set of SQL commands to reproduce the model in the database server. Born the PostgreSQL database modeler, in short, pgsqlDBM. The challenge was so huge, so few spare time, so much documentation to read, a lot of code to write, so many failures but little by little, the tool started to work as I was expecting. I kept the development until the beginning of 2008 when due to some personal problems, I abandoned the tool's coding and almost erased all the work.

After a gap of almost two years, at the end of 2009, I decided to resume my work. I was motivated to finish the product, so I ported the entire project from Qt 3 to Qt 4, and at the end of 2010, I could finish an unstable and barely usable version. Since the beginning, I was planning to make a tool for my own usage, not worrying about releasing it to the world. Thus I did not care about the crashes, bugs, and everything else. But things started to change when some friends saw that embryonic project and convinced me that more people could need and enjoy the software. Thus, pgsqlDBM officially gained the community as open-source software.

Slowly I was receiving some feedbacks and the gears started to move. The software was growing and receiving updates thanks to a joint effort between me and some few users. In 2012 I decided to port pgsqlDBM from Qt 4 to Qt 5 (recently released at that time) and refactor ALL the code and docs from Portuguese to English. Yes, I committed the big mistake of writing an open-source software in my mother language... The lesson was learned painfully! Finally, not satisfied with that strange name, I gave to my project a more friendly one: pgModeler. Now, we are in 2022, pgModeler is a mature software, continuously increases its level of stability, reached almost half-million downloads, has lots of users and contributors around the world, and I am full of pride of my work!

This is pgModeler... this is my dream!

Never let them tell you that it's not worth
to believe in the dream you have
Or that your plans will never work out
Or that you'll never be someone
There are people who hurt others
There are people who do not know how to love
But I know that one day we learn
If you want someone to trust
Trust in yourself
Whoever believes always reaches!